Scooby-Doo! And The Lost City of Gold

Through the fundraising efforts of the NFSO Guild, the Northwest Florida Symphony Orchestra strongly supports the need for arts and music programs for children in our community. Our organization has provided innovative music education outreach to area youth since 1987, reaching more than 100,000 children, with the Emerald Coast’s most comprehensive K-12 music education endeavors.

For more than 30 years, the NFSO has provided a free annual concert for Okaloosa & Walton fifth-grade students with specialized youth oriented programming & teacher’s curriculum. In addition, the NWF State College Fine Arts Division sponsors a popular “Picture the Music” art contest in conjunction with the annual theme of the NFSO 5th Graders concerts. Cash prizes are awarded to winners and all artwork is displayed in the lobby of the Mattie Kelly Arts Center Mainstage theater. This event is free of charge. Contact Suzanne Flood, Audience Services Coordinator, at (850) 729-6065 to make your reservations.

LINK UP! with Carnegie Hall

The NFSO was the first to bring Carnegie Hall’s Link Up! program to the region with a free year-long music curriculum & fun classroom activities that culminate in an interactive concert with the NFSO at the Mattie Kelly Arts Center. Contact Lynne Fehrenbach, NFSO Education Director at fehrenbl@nwfsc.edu for Link Up! participation information.

Feature: On the Coast Magazine

KATS: Kids at the Symphony 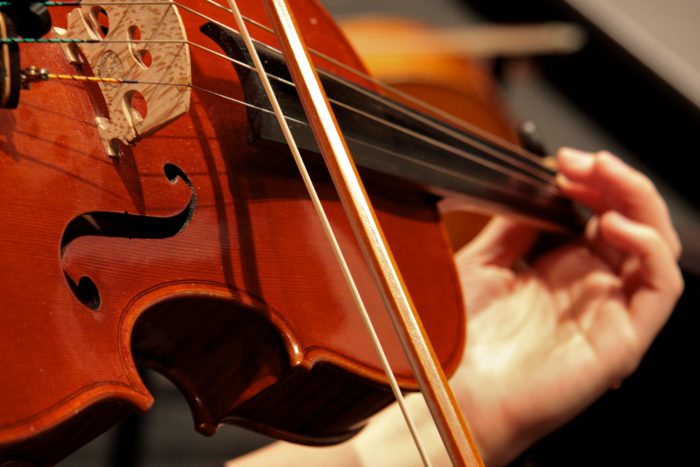 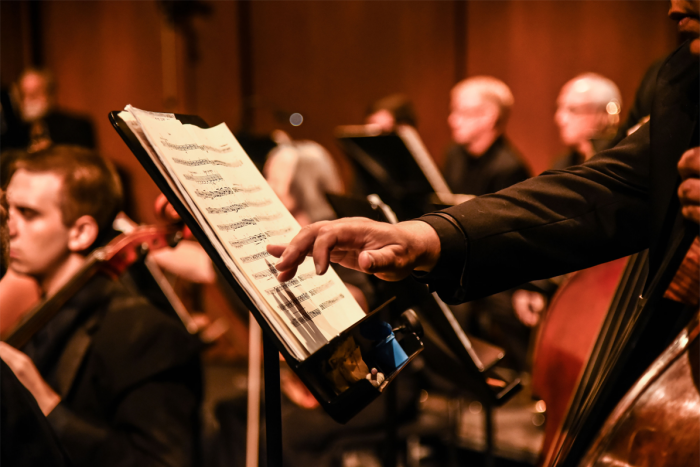 If you are interested in becoming a member of the Northwest Florida Symphony Orchestra, please download the audition information. The orchestra accepts resumes year-round for its sub list. For more information, contact Personnel Manager Matt Fossa at fossam@nwfsc.edu.

Ticket sales and season subscriptions cover only a portion of the NFSO’s operating expenses, making contributed income vital for the continued excellence of the NFSO in its current season and beyond. A wide variety of sponsorship and gift opportunities are available.

For information on giving to the Mattie Kelly Arts Center, please visit the Support page.

Give a Gift Today

Donations to the NFSO are administered through the Northwest Florida State College Foundation a 501(c) 3 organization as designated by the Internal Revenue Service (tax ID # 59-2865698). Donations to the Northwest Florida State College Foundation designated to the NFSO are tax-deductible to the fullest extent of the law. All donors receive prominent listing in the season program and other recognition/benefits depending on gift level.

All season donors will receive special perks for their generous support, which may include tickets, reserved parking, complimentary beverages, and/or donors’ names recognized in our concert program.

Conductor Todd Craven is the newly appointed Music Director/Conductor of the Northwest Florida Symphony Orchestra. He will lead the 35th anniversary season of the orchestra beginning in September of 2021 at the orchestra’s home, the Mattie Kelly Arts Center.

Winner of the 2019 Los Angeles Conducting Competition, Todd is the Co-founder and Music Director of the Orlando Contemporary Chamber Orchestra and has held the positions of Assistant Conductor of the Buffalo Philharmonic and Assistant Conductor for the Florida Grand Opera. Todd has led orchestras including the Detroit Symphony, Toledo Symphony, Edmonton Symphony and Virginia Symphony Orchestras. Orlando Arts Magazine said of the “captivating” world premiere of Donald Yu’s Four Seasons, that Mr. Craven “held the ensemble together with precision, allowing each instrument to resonate while minding the role of the soloist.” Todd was previously a prize winning trumpet player, beginning his professional career as Principal Trumpet of the Sarasota Orchestra. He has also performed with the New York Philharmonic, Cincinnati Symphony and was a frequent guest artist at the Sarasota Music Festival.

Mr. Craven made his conducting debut in 2012 with members of the Sarasota Orchestra and Redeemer chorus in Maurice Duruﬂe’s Requiem. Soon thereafter he was invited to a conducting workshop in St. Petersburg, Russia where he conducted in a prizewinner’s concert with the St. Petersburg Chamber Philharmonic. Todd then returned to his alma mater the University of Michigan to pursue conducting studies with Kenneth Kiesler and later the Peabody Conservatory where he studied with Marin Alsop. Other conducting mentors include Donald Schleicher, JoAnn Falletta and William Wiedrich.

“Cannot imagine how we are so lucky to have such a fine orchestra right here in Okaloosa County! If someone is a stranger to classical music, this group will surely make you a raving fan!”

The Northwest Florida Symphony Orchestra (NFSO) is the Emerald Coast’s premier, fully professional orchestra, which performs in-residence in the Arts Center’s custom orchestra shell. The NFSO is a non-profit organization operated under the auspices of Northwest Florida State College.  The NFSO relies on tax-deductible donations, corporate underwriting and season subscriptions to continue the orchestra’s musical excellence and the symphony’s numerous long-standing educational endeavors for youth. Tax-deductible donations are administered through the Northwest Florida State College Foundation, a 501 © (3) organization. The orchestra has operated and performed as an entity of the college continuously since 1987, providing cultural programs to thousands of area residents in its history.

Organized in June 1988, the NFSG is a member of the League of American Orchestras, and was incorporated in 1990 under the Laws of the State of Florida as a Not-For-Profit 501 (c) 3 tax exempt corporation.  The purpose and goals of the Northwest Florida Symphony Guild are: